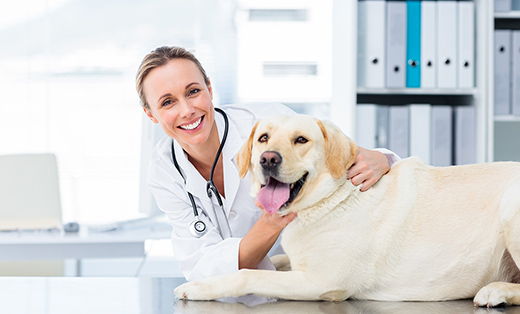 The 1Data platform is a clearinghouse for standardized, pre-clinical, genomic and proteomic human, companion and food animal information from major genomic databases across the world. The platform is designed to help global researchers use "big data" about human and animal health as a resource to rapidly develop and test new therapeutics, drugs and medical technologies for people and pets.

OLATHE — 1Data, a unique collaboration by researchers at Kansas State University and the University of Missouri-Kansas City, has signed a first-of-its-kind data sharing agreement with a local animal health company.

Aratana Therapeutics, a Leawood-based company focused on developing and commercializing innovative therapeutics for dogs and cats, is the first company to share historic data from its clinical studies in dogs and cats.

1Data will use this data to continue populating its clearinghouse platform, which is already populated with data from human and animal health. The 1Data platform is designed to be a resource for “big data” researchers around the world to rapidly develop and test new therapeutics, drugs and medical technologies for people and companion animals.

"With the 1Data platform, researchers have access to a more diverse dataset to aid them in their pursuit of medical advances," said Gerald Wyckoff, director of 1Data and professor of molecular biology and biochemistry at the University of Missouri-Kansas City and Kansas State University's Olathe campus.

"We are very excited and anticipate many positive outcomes from this collaboration by academia and industry," he continued. "1Data not only establishes a template for data sharing, but we believe it's an example of ways academic institutions and pharmaceutical companies can partner to achieve their common goal to advance medicine."

The 1Data team is in the final stages of completing its technology platform to aid researchers who are working to prevent, treat and cure human or animal diseases.

Once finalized, researchers can request data from 1Data’s secure, open-source database to mine specific information from a vast amount of standardized, pre-clinical, genomic and proteomic human and animal health data.

Search results can be filtered by various criteria. This enables researchers to analyze and compare data across animal species or even look at how the genetic information from a specific animal compares to that of a human. This could help scientists easily identify congruences in diseases that affect people, pets or both hosts, such as cancers, chronic mitral valve disease, possible links between asthma and bovine respiratory disorder, and other illnesses.

About the novel data sharing agreement

1Data's data sharing agreement allows companies to contribute the data they choose to the 1Data platform. Companies submitting data can access the data sharing platform to plug data into the computational models and tap into the terabytes of genomic and proteomic human, companion and food animal information from major genomic databases across the world.

With the ongoing scientific exchange by 1Data investigators and pharmaceutical companies, there is a greater likelihood that new therapies can be developed and commercialized.

All developments resulting from the data sharing platform remain confidential until the time of publication and the company originating the data retains its rights to non-exclusive patents.

1Data encourages other companies to participate in the data sharing agreement.