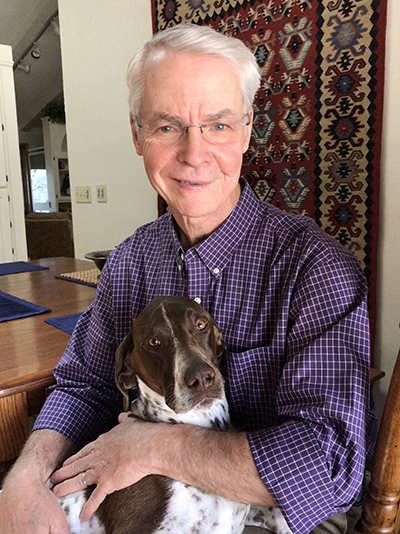 He was named the first male Germinder + Associates 20th Anniversary Power of Pink Honoree because of his leadership in the animal health industry.

Dr. Richardson is a 1977 graduate of K-State's College of Veterinary Medicine. He went on to work as a faculty member in higher education for 15 years and then in the animal health industry for 20 years.

After retiring from Hill's Pet Nutrition, Dr. Richardson was tapped by K-State leadership in 2007 to help establish an initiative to open a campus in Olathe, Kansas.

Dr. Richardson was instrumental in securing funding for the new campus, which opened its doors to the Greater Kansas City area on April 26, 2011. He served as dean and CEO of K-State Olathe until his retirement in June 2013.

In addition, Dr. Richardson was named a K-State Alumni Fellow in 2004.

He is one of three sons from former K-State professor of animal nutrition, Draytford Richardson. His older brother, Ralph Richardson, currently serves as dean and CEO of K-State Olathe.