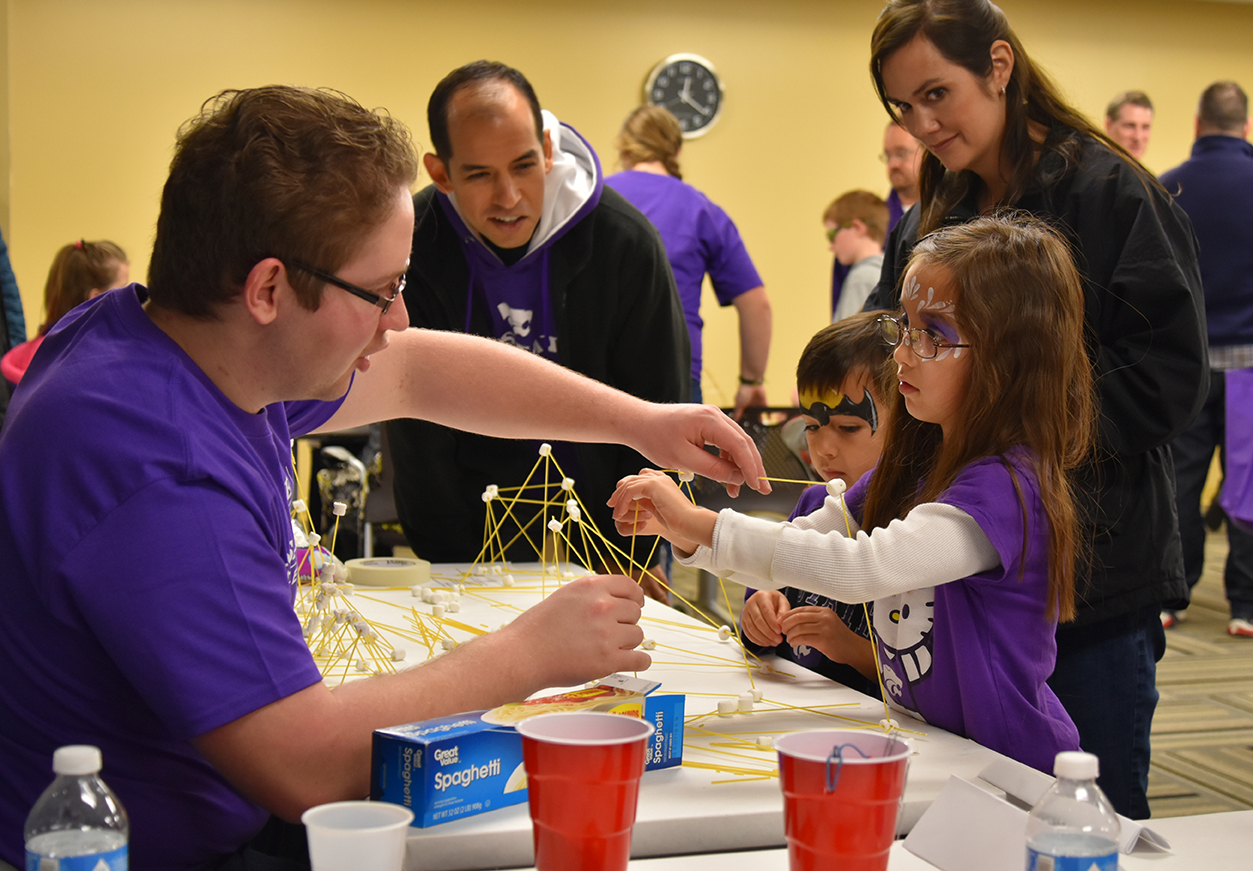 A K-12 section challenged young open house attendees to use science, engineering and creativity to complete a series of tasks, including building a structure from marshmallows and spaghetti.

OLATHE — Despite the overcast skies and chilly temperatures, Kansas State University Olathe was bright with laughter, joy and Wildcat warmth at the
All-University Open House.

"I am continuously humbled by the support the Greater Kansas City community has shown our young campus," said Ralph Richardson, dean and CEO of K-State Olathe. "Family is something every K-Stater knows, and last Saturday we were proud to see just how big our family really is in Greater Kansas City."

Visit K-State Olathe's Facebook page for a gallery of open house photos and pictures from the photo booth.