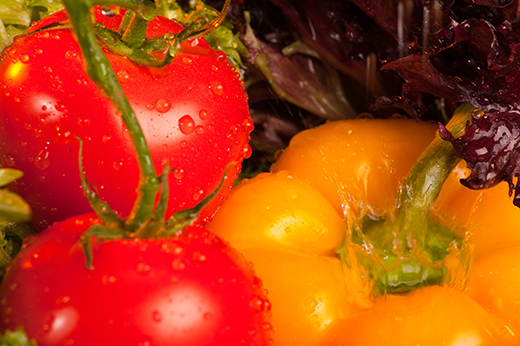 An upcoming symposium at K-State Olathe will spotlight urban food systems and the role they play in global food security. | Download this photo.

The 2016 Urban Food Systems Symposium is June 22-25 at the K-State Olathe campus. It is targeted to academic and research-oriented professionals, making it the first known symposium of its kind. The event will spotlight urban food systems and the role they play in global food security.

"Urban food systems are not a new topic in the U.S. and in many countries, but it is a new focus area," said Eleni Pliakoni, assistant professor of urban food production and postharvest handling at K-State Olathe, and one of the symposium's organizers. "By 2025, it is estimated that 7 billion people will live in cities worldwide. This increases the importance of establishing sustainable and alternative food production practices in urban areas so these communities can produce safe and nutritious fruits, vegetables and proteins."

The symposium is a partnership with Kansas State University and Cultivate Kansas City, a nonprofit organization working to increase food availability and urban farms for a healthy local food system in the Greater Kansas City area.

The symposium is funded through sponsorships and a 2015 Global Food Systems Innovation Grant through K-State, which has a more than 150-year heritage in global food systems research. Similarly, K-State Olathe offers a master of science concentration in urban food systems — the first of its kind in the U.S. — through the department of horticulture, forestry and recreation resources.

Registration and more information are available at http://www.urbanfoodsystemssymposium.org/