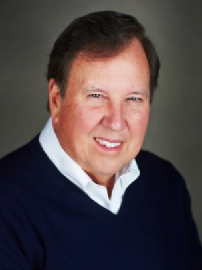 Merkel's lifetime career in the hospitality industry, where he started as a desk clerk and ended up building True North Hotel Group from just a handful of hotels into a successful 24-property company with national reach, continues to make a remarkably positive impact on two generations of employees, guests, investors and colleagues.

As his career progressed, Merkel was continually tapped for increasingly responsible management positions in hotels, then hotel management and ownership companies, which landed him in Kansas to partner with Lew Wiens and operate Henry Hotels Inc., and its affiliate, True North Hotel Group LLC.

In 2002, the company consolidated into True North Hotel Group Inc. The company’s award-winning development, construction and management capabilities today place it in the upper echelon of hotel companies that have an established, national position and solid reputation within the hospitality industry. True to that claim, True North Hotel Group in late 2018 received an unprecedented seventh Partnership Circle Award, the highest owner/developer accolade available, from Marriott International.

Merkel's strong acumen as an outstanding people person and natural leader have led him to serve as a board director for several convention and visitors bureaus, chambers of commerce and lodging associations, and on Marriott's SpringHill Suites Marketing Committee. He received a Lifetime Achievement Award from the Hotel and Lodging Association of Greater Kansas City in 2015, and in 2019 was appointed to the Kansas State University Olathe Advisory Board.

Merkel holds certified hotel administration (C.H.A.) designation from the Education Institute of the American Hotel and Motel Association and is a graduate of Western Illinois University.