Harmful algae blooms occur when algae and cyanobacteria grow out of control in bodies of water. This overgrowth can produce toxins that cause mild to severe symptoms in people and animals. The blooms can kill animals and plants in the water by severely depleting oxygen when they decompose.

Normally, algae are important organisms in bodies of water because they are the building blocks of the food chain and ecosystem. When they grow out of control, however, they can harm people, animals and the environment.

What is One Health Day?

One Health Day is an international event every fall. It highlights and celebrates the complex interrelationships between human, animal and environmental health — called One Health.

Kansas City One Health Day is our local celebration. The annual event is a collaboration by K-State, BioNexus KC, the KU Edwards Campus and University of Kansas Medical Center.

Moderator
Questions and Answers with the Speakers
Dr. Elizabeth Smith, Kansas Department of Health and Environment 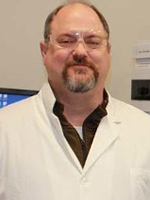 Dr. Keith Loftin is a research chemist with the U.S. Geological Survey at the Kansas Water Science Center. He received his B.S., M.S., and Ph.D. from the University of Missouri-Rolla in civil engineering with an emphasis in environmental engineering, studying environmental analytical chemistry, specifically the occurrence, fate, effects, transport and treatment of antibiotics. Since 2004, he has been with the U.S. Geological Survey at the Kansas Water Science Center in Lawrence, Kansas, as a research chemist and is the currently the Environmental Health Mission Area Toxins and Harmful Algal Bloom Team Science lead. He is the lead scientist for the algal and cyanobacterial toxins laboratory and the Algal and other Natural Toxins Integrated Science Team. Dr. Loftin received the EPA Office of Water's Achievement in Science and Technology Award for development of pioneering methods and metrics related to algal toxins that were used in the first qualitative condition assessment of the nation's wetlands. 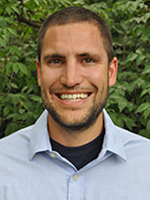 Dr. Ted Harris is an assistant research professor with the Kansas Biological Survey at the University of Kansas. He received his Ph.D. in ecology and evolutionary biology from the University of Kansas in 2017. His research addresses harmful algal bloom distribution, abundance and toxicity; real-time and discrete modeling techniques for predicting and forecasting harmful cyanobacterial blooms; and quantifying the effects of persistent organic pollutants (including herbicides, pesticides, personal care products, pharmaceuticals and industrial chemicals) on aquatic ecosystems. 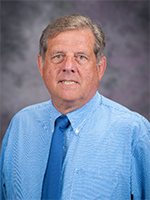 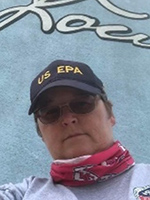 Laura Webb is a chemist with the Laboratory Services and Applied Sciences Division, Field Services Branch of United States Environmental Protection Agency, Region 7. She began her career at EPA Region 7 as a student intern in 1988, while earning her degree in chemistry from UMKC. Upon graduation, she was hired full-time in the regional laboratory. During her 16 years of analytical work, she specialized in organic sample analysis and became the regional expert in the analysis of dioxins and furans, even analyzing samples from the World Trade Center after the terrorist attack. In 2007, Laura was transferred to the water monitoring team, where she conducts field assessments and laboratory analyses for regional and national programs. She also maintains and operates the region’s mobile monitoring lab, which is an accredited bacterial analysis lab. Her current assignments range from water quality monitoring to national assessments to E. coli analysis for emergency response in the mobile lab and is the regional lead on cyanobacteria monitoring and analysis. 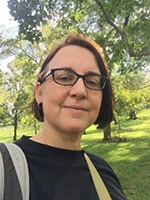 Dr. Elizabeth Smith is the Unit Chief for the Assessment and Information Unit in the Planning, Monitoring and Assessment Section in the Bureau of Water of the Kansas Department of Health and Environment, where she oversees Stream Probabilistic Monitoring, Harmful Algal Bloom Response, Compliance Monitoring, Use Assessment, and the Kansas Surface Water Register. She also serves as general editor of the biennial Integrated Water Quality Assessment and is the EPA Region 7 representative to the National Water Quality Monitoring Council. She has been at the Kansas Department of Health and Environment since 2005, and holds a B.S. in Biology and a Ph.D. in Entomology from the University of Kansas.

Admission is $10 and free to students. Registration includes heavy appetizers.